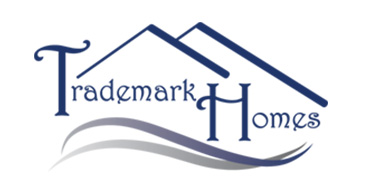 Call Us Find Us

Trademark Homes was created by two longtime friends from Citrus County. Rick & Justin’s friendship started since their childhood in Crystal River, through their college years at USF in Tampa and into the present day. Below you can read about their individual achievements and experiences. The culmination of which makes Trademark Home stand out in our community of builders.

The idea of Trademark Homes originated in 2003 when Rick and Justin first began discussing how to build better homes.  Their goal was to provide aesthetically pleasing designs providing more value for dollar and making the home building process as painless as possible for their clients.  By combining their business acumen with their technical talents they honed that idea for many years until fate and great timing intervened.  After fifteen years of diligent attention on how to best to achieve these goals Trademark Homes was born and the results speak for themselves.

A long-time resident of Citrus County and Crystal River. Rick received his B.A. degree from the University of South Florida and his Master of Architecture degree from the University of Florida. Rick’s architectural company, Synergy Architecture, has been a staple in the community with over 30 years of designs throughout Florida and worldwide. Design and building residential homes is his passion.

” There is nothing like seeing your creations come to life and making peoples dreams become a reality.”

Justin received his B.S. degree in Mechanical Engineering from the University of South Florida.  Justin’s early career culminated in directing the operations of a publicly traded wireless telecommunications company in Silicon Valley California.  After 10 years working for or closely with companies including Intel, Microsoft, Motorola, NVidia, Apple, Cisco Systems, and Sprint, Justin chose to return to Citrus County to raise his family and give back to the community that provided the foundation that allowed him to succeed.  Justin spent the next 10 years raising his children, teaching STEM, coaching multiple sports, and reacquainting himself with the community of Citrus County.  Now Justin spends much of his time working on strategies to make home building more efficient and economically feasible.